Can pouring cooking oil & grease down the drain cause blockage?

Can pouring cooking oil & grease down the drain cause blockage?

We love to have our food seared, fried or smothered in exotic and delicious oils. Don’t we? Oils not only bring out the texture & flavour but also enriches the food with the right amount of nutrients.

Often after cooking our food, we dump the leftover oil and grease down the drain through the sink. We may think it’s gone, maybe because it’s liquid? But what we don’t understand is that over time, the very oil we pour down every time after cooking is slowly building up to clog our drains and sewage system.

Now you may ask, how can liquid create blocked drains? Let’s explain in detail.

How can oil or grease clog my drain?

Have you heard of the term “Fatberg”? It is a massive mass that is formed in the sewer system which contains cooking fat and non-biodegradable debris. Every year Fatberg has caused thousands of drainage systems to clog and cause trouble.

The very cause of Fatbergs is the tons of oil and grease that homeowners and restaurant owners pour down the drain. Formation of Fatbergs is totally avoidable only if we educate people about what happens to oil in the drainage system.

How is Fatberg formed?

Fats, oil, and grease are also known as FOG may effortlessly go down the drain but in some time, it starts to solidify. Then this FOG waste reacts with the other chemical wastes (alkali in soap and detergent) from the other source to form fatty globs that can stick to the pipes. Now any debris coming in the sewer system tends to stick to these gooey masses forming another massive mass overtime called fatbergs. Fatberg can disrupt the drain flow and cause serious sewer system blockage.

To further understand the consequences of dumping FOG wastes into drains let’s explain what happened in 2017 in Whitechapel, East London. A massive fatberg of almost 250-meter length had blocked the entire sewer system and it took nine weeks for the drain survey experts to break it and unclog the drain again.

A tiny chunk of this Whitechapel fatberg is kept in the Museum of London as a reminder of our deeds and its effect on the environment.

What is the best and environmentally safe way to dispose of cooking oil?

Now you know the repercussions of FOG wastewater being disposed of in through the sink. Here’s what you must do:

You can let the leftover oil or grease to cool down completely and then trash it.

Use paper towels for lesser amounts and then dump them. If you have a larger amount of oil then pour into a jar.

Store it until the jar is full and give it for recycling. There are organizations that recycle oil into biofuel. 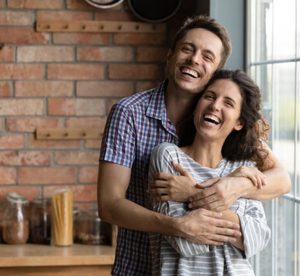 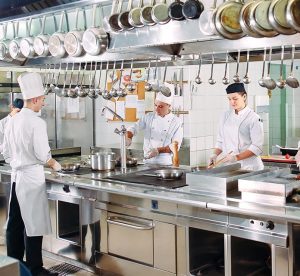 Educate all your staff about the aftermath of dumping oil or grease down the drain.

These simple steps will avoid the deeper impact that is caused by dumping oil and grease down the drain easily. Remember. Trash it. Never drain it.

Need any advice on ways to prevent your drain from blocking? Contact a CCTV drain survey expert today!